Today we publicly release COSMOS2020, a catalogue of almost a million sources with photometric redshifts and stellar masses in the COSMOS field. COSMOS2020 is described fully in this paper, which has been accepted for publication in the Astrophysical Journal. We are also providing a python notebook showing how to use the catalogues.

Released around five years ago, the COSMOS2015 catalogue has become one of the most widely used catalogues in cosmology (a quick check on ADS reveals almost 600 citations). In 2019, with the arrival of the UltraVISTA data release four together with new very deep Hyper-Suprime-Cam data, it was time to revisit COSMOS2015 and construct a new catalogue. Like COSMOS2015, this would be a near-infrared selected catalogue, but this time it would be based on much deeper and newer data. We had a kick-off meeting in June 2018 in Copenhagen. 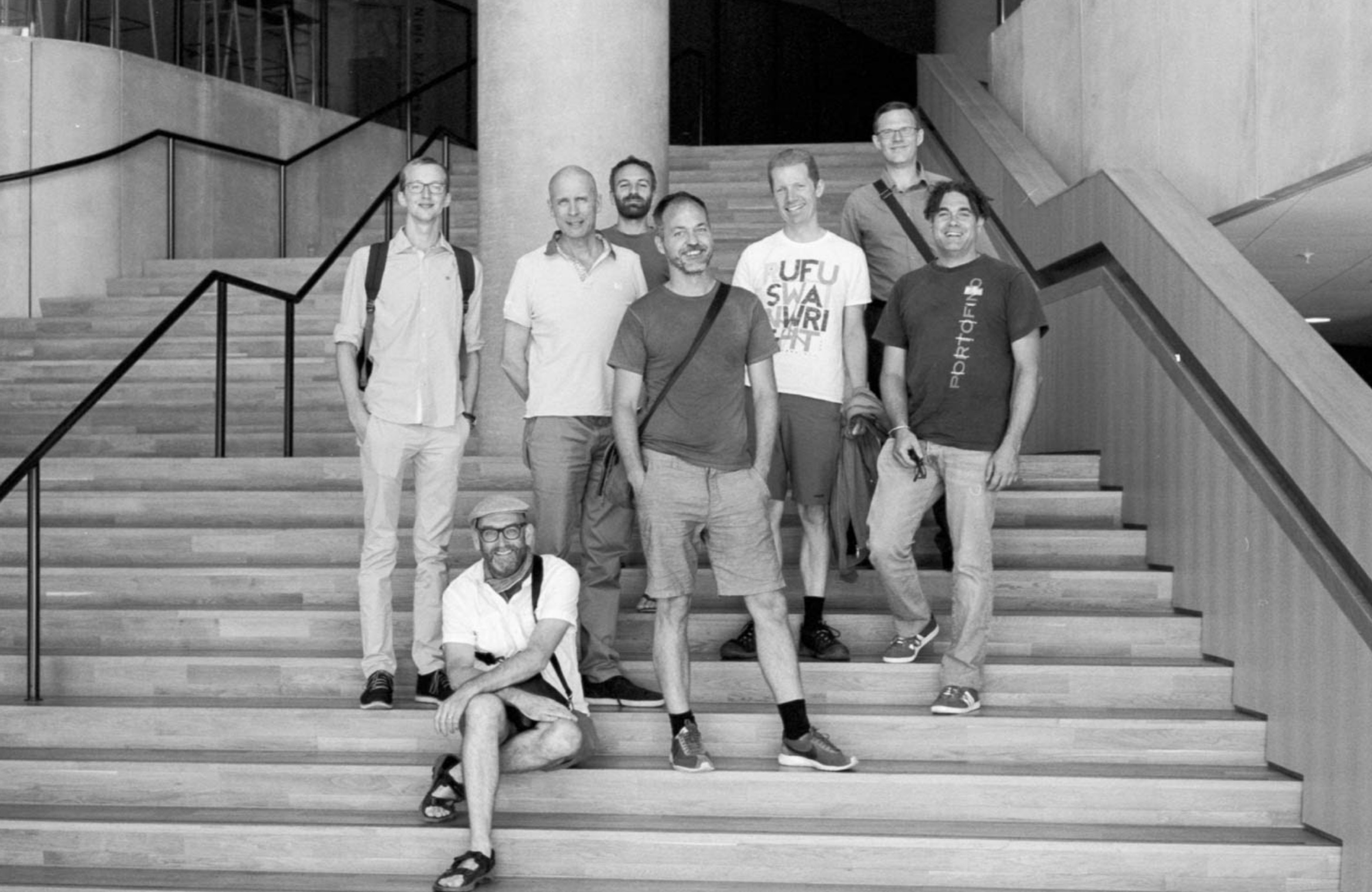 Some important people, however, had not yet joined the project: two PhD students, John Weaver (DAWN, autumn 2018), and Marko Shuntov (IAP, autumn 2019). Since that time, as well, Olivier Le Fèvre is no longer with us, and Peter Capak has left astronomy.

We started work in earnest in late 2018: the first step was to assemble at IAP on our CANDIDE cluster all pixels which would be used for COSMOS2020: the UltraVISTA DR4 infrared survey, the latest Subaru Hyper-Suprime Cam data (which took almost a month to download from Japan) and all the Spitzer IRAC data ever taken in COSMOS. Into that mix we added all the old Suprime-Cam data which we’d used in previous COSMOS catalogue releases, together with all the U-band data ever taken at CFHT. That dataset included new data for the CLAUDS project, which was processed by Stephen Gwyn at the CADC. At IAP, Andrea Moneti has played a crucial role in processing the UltraVISTA DR4 data, the IRAC data and re-processing the Suprime-Cam PDR2 data. 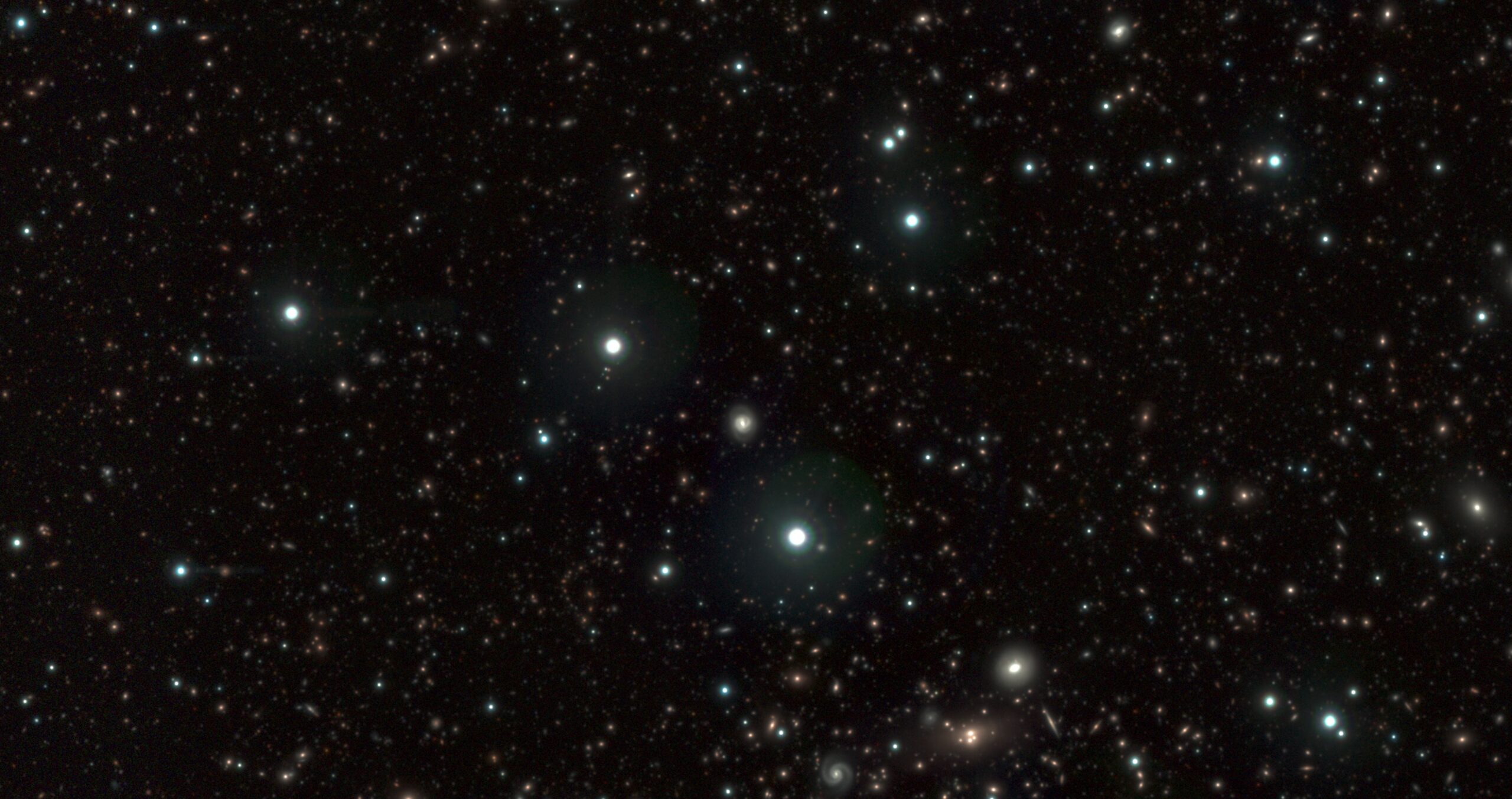 A near-infrared view (YJHK bands) of a tiny part of the COSMOS field.

The key to any photometric redshift measurement is, well, photometry. In all previous COSMOS catalogues, we measured galaxy colours using ”aperture” photometry, where flux measurements are added up in circular apertures. However, for the very deep images used in COSMOS2020, where objects could be blended with neighbours therefore have corrupted photometry, profile-fitting techniques can provide better results. Therefore, John started working hard to adapt Dustin Lang’s Tractor code to make photometric measurements on COSMOS stacks. At the same time, Olivier K. started a parallel effort to compute photometry using the same techniques as in previous catalogues, so we could assess what gains came from using Tractor.

In January 2020, we had a meeting at IAP to plan out the production of the catalogues, now that at all the pieces were in place: the data processing had been completed and pixels were ready to be measured.

Little did we know that only a few weeks later we would be in lockdown, and that this would be our last in-person meeting. But we had already worked together on this project for the better part of the year, and the lockdown meant that we had more time to devote to COSMOS2020. We cancelled the COSMOS meeting planned for June in Paris, but we were sure we could have a preliminary catalogue ready for the end of the summer.

There was one last step: from photometry to photometric redshifts. In the past, we had used lephare developed by Olivier Ilbert and Stephane Arnouts; we also wanted to try eazy, a code developed by Gabriel Brammer.

By the time our (remote) COSMOS meeting rolled around in autumn 2021, we found we had not one but four catalogues; two separate photometric catalogues and in each photometric catalogue two separate photometric redshift determinations. Would we release all four redshift measurements and both photometric catalogues? At first, it seemed better to have only one catalogue. However, we soon realized that having potentially four different redshift measurements for each source could help a lot in edge cases where the measurement were particularly challenging — for instance, high redshift galaxies. Looking in the catalogues, we were amazed to find many convincing-looking high-redshift galaxies. In most cases, the four redshift solutions matched up. But in one or two cases, profile-fitting methods showed a high-redshift solution, whereas conventional aperture photometry preferred lower-redshift solutions — because in those cases, photometry in certain cases was corrupted by neighbouring sources. These sources will hopefully be followed up by a JWST program in the next few months.

These cut-outs show some high-redshift galaxy candidates found in COSMOS2020. These objects are the subject of a paper in preparation (Kauffmann, Ilbert et al.)

COSMOS2020 lays the groundwork for our much larger Cosmic dawn survey which is currently underway. This survey will support ESA’s Euclid mission by gathering very deep data on Euclid‘s calibration fields, which includes COSMOS. The COSMOS field is also the target of the largest public survey which will be carried out on JWST, COSMOS-Web, which will map out very deeply the COSMOS field.

Today, many articles are currently under preparation for COSMOS2020 data. We can’t wait to see all the exciting science the world-wide astronomical community will make with our catalogues!

Iconic One Theme | Powered by Wordpress